There hasn't been any bank stories lately, so this must be the new trend.

Maji girl wrote
18m ago
Well i knoww several peeps with currency. Yesterday two of them husband and wife each bought a MAZERATI. Hmmmmmmmmm


Maji girl wrote
16m ago
Ivan...NO!!! And they told me 3 weeks ago that they wouldn't discuss any of this anymore. WooooooHooooooo

Well, my son just came over to drop off my grand daughter, and said mom did you see that such and such has their house for sale. WOW!! It's the couple i was just talking about.

gator wrote
2m ago
Maji, what do you think all this means, about the couple buying Mazerattis and now selling their house? Do you know much about them?

Maji girl wrote
12s ago
Gator...i've known them 20 years. They were very happy 3 weeks ago and just said they wouldn't discuss this anymore. Then yesterday i seen their new Mazeratis. All they would do was smile and wink. We are so close, i feel they alraedy exchanged. Her brother is the president of a top bank. I'm so happy for them.


Dinarians for the Donald!


morgan1 wrote
20m ago
Since Trump owns Dinar & he got elected...maybe he could push it threw

Dinarians financed two new cars (or cashed in their entire retirement and bought them) because they just "know" that they're going to be cashing in for millions any day now. Not any dumber than that woman that spent 6 weeks in Zimbabwe trying to explain to them why they had to give her 280 billion dollars for each of the notes she bought off eBay for 20 bucks.

Is this Maji person a regular TNT poster or did she just suddenly appear and share her TNT story?   Sounds like another "let's get the TNT stupids amped up with hope" and then disappear post.  LOL 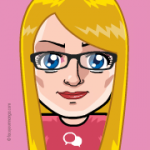 She hasn't posted much in the forum, but is a chat room regular. 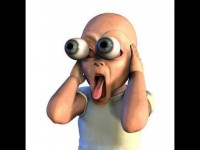 What a surprise...someone coming up with "news" that has hardly any posts on the site. The majority of bank stories came from accounts with only a few posts...just more of the same BS from TNT.