Look at all that's happened in Dinarland in the last month.  Tony pleads guilty to a scam he used to run, 14DailyPlus. (http://k003.kiwi6.com/hotlink/p4caonjudt/Anthony_Renfrow_Plea_Agreement.pdf)  Sterling Currency and a currency dealer in Puerto Rico get raided by the FBI. (http://www.docdroid.net/132iq/doc-2-6-9-2015-amended-complaint.pdf.html)


In the Civil Complaint against Sterling there are emails between the owners calling their customers stupid "C.Shaw sent an October 2010, email to Rhame that stated, in part, "I cant watch these folks be so stupid".  Another email, talking about Jim Shaw's wife, states "She has lately been very nervous and was crying last night because she knows we are running an illegal operation".

We also learned that Sterling has paid TerryK more than $150,000 since 2011.  TerryK acknowledged in an 6/3/15 interview with the FBI that he had fabricated source information on GET Team online posting and conference calls.  (fabricated means telling a LIE for those TNT members reading this)


But even after all these events, there are still people who can't give up the dream of the IQD they bought making them rich beyond their wildest dreams.

)
***************
bodyman wrote
2m ago
Dusty..good morning ...agreed....I would never expect the media or anyone else to admit publicly at this time it is not a scam as that would be the announcement they don't want made to the public

*****************
rrrr wrote
57s ago
Everybody, please take a deep breath and take stock in what is happening. Throughout modern media history, when a major event is about to occur that requires secrecy, there will be an abundance of negative information flooding the airwaves. This miss-information acts as a cloak to protect the covertness of a major event that is about to unfold, you need to look no further than the last Kuwait RV. Relax! Sit back and enjoy the coming Blessing we are about to receive.
*********************
But DAZ advises against talking to media or filing a complaint.  Sorry, DAZ, but I think that horse has already left the barn.

********************
The banks were selling IQD as a customer service for people who were traveling to Iraq.  When they figured out that people were purchasing it as an investment, they quit selling it.  They did not want to part of the fraud perpetuated by Tony, TerryK and the others that were saying there was going to be a revaluation of the Iraqi Dinar and overnight the value would rise from .0008/$1 USD to $3.00+/$1 USD.

KMAN wrote
26s ago
Honestly, if the FBI thinks the Dinar is a scam, maybe they should have a little talk with all the banks that have sold it to the public. Personally, I think this was more about those that didn't want us toothless crack heads to have any more than cash on hand and are trying to minimize the damage from the thousands that have reserves at Sterling.

mangelo wrote
1m ago
FBI is just trying the stop of new sales and to hold up the reserves, that's all, letting the PTB win the game and those who exchange earlier reap the rewards

DAZ is putting a stop to this discussion.  It's time to get back to sharing recipes and waiting in breathless anticipation for the latest intel from their beloved Cult Leader, twice convicted felon Tony Renfrow.

daz wrote
59s ago
OK...EVERYBODY PARK YOUR GASOLINE CANS AND MATCHES AT THE DOOR AND LETS ALL TAKE A DEEP BREATH

RIDE THIS THING OUT 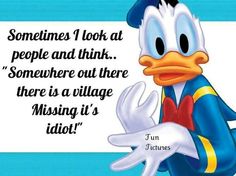 Ha, Ha!  But in this case,  it's the whole idiot village.  But the good news is that we know where it is.  TNT Town! 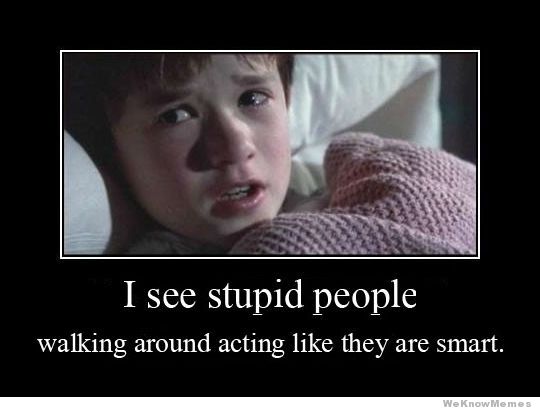 That's a good one mama