Mountainman puts in his 2 cents saying that RAMADAN is Coming and this Country will be VICTORIOUS, UNITED, and PROSPEROUS!!!

Mountainman puts in his 2 cents saying that RAMADAN is Coming and this Country will be VICTORIOUS, UNITED, and PROSPEROUS!!!

The MONETARY REFORM and ALL EVIDENCE is moving Forward! Everything Else contradicting these Facts are Cow Patties IMO.  Do people really think that The Globe did not anticipate a Fight to the End of this MR...and then some?   Of Course they did...Most of the so called MEDIA doesn't have ALL the facts for a Reason...it's Called Conditioning the Minds of the Masses!!!  Remember Tikrit and Kirkuk...Weeks ago same Cow Patties from the same MEDIA...then BAM, Bam, Bam...Technology, Intel on the Ground, BOTG [BOOTS ON THE GROUND]...Now being Noted at "The END"!!!  RAMADAN is Coming and this Country will be VICTORIOUS, UNITED, and PROSPEROUS!!!
*****************
Tweet

Re: Mountainman puts in his 2 cents saying that RAMADAN is Coming and this Country will be VICTORIOUS, UNITED, and PROSPEROUS!!! 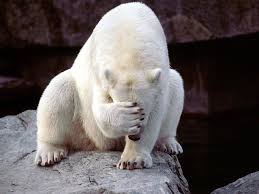 Re: Mountainman puts in his 2 cents saying that RAMADAN is Coming and this Country will be VICTORIOUS, UNITED, and PROSPEROUS!!!

Way to spew out the cow patties fool.