The Seoul G-20 Summit ended yesterday with leaders of the world’s most influential economies trying to paper over widening cracks in the global economy caused by a threatened “currency war” and rising trade protectionism.

The leaders agreed to produce “indicative guidelines” by June 30, 2011, to assess and correct current account imbalances that have fueled a round of competitive devaluations by some of the world’s leading economies.

President Lee Myung-bak said at a news conference that the world “is out of the so-called currency war” for the time being as the G-20 nations agreed to a temporary truce and support the concept of market-determined exchange rates.

In addition, they pledged to revive the Doha round of multilateral trade liberalization talks and reach a deal next year in an effort to head off trade protectionism.

But the final communique made little progress beyond the agreements reached last month among G-20 finance ministers and central bank governors at their Gyeongju meeting.

The G-20 leaders endorsed the Gyeongju recommendations, including:

* Global financial safety nets, which was Korea’s main initiative on the G-20 agenda, and which creates a system of multilateral credits to provide emergency funds to countries that could suffer.

In addition, the G-20 approved Korea’s proposal to create a development agenda to narrow the gap between advanced countries and the world’s poorest nations.

Known as the Seoul Development Consensus for Shared Growth, it identified nine key pillars where action was needed, including infrastructure and human resource development.

“It was also significant that the G-20 had its first discussion on the development agenda,” said Lee, who added that the program to support the growth of 170 developing nations will reinforce the legitimacy of the G-20 as the global economic governance body.

The G-20 also promised to “spare no effort” at the upcoming climate change talks next month in Mexico - a year after Beijing stymied a deal in Copenhagen to curb greenhouse gases after 2012.

But these achievements were overshadowed by public disagreements on the currency and current account issues.

The U.S. came under fire for its recent decision on a second round of quantitative easing, which other countries said would weaken the value of the dollar and undermine the recent promises to end competitive devaluations.

Nonetheless, President Lee said that the implementation of the guidelines “will contribute greatly to preventing a future global economic crisis. We all have to cooperate for this.”

“These indicative guidelines composed of a range of indicators would serve as a mechanism to facilitate timely identification of large imbalances that require preventive and corrective actions to be taken,” the summit declaration said. Lee described the agreement as “remarkable progress.”

In principle, the G-20 leaders agreed to maintain current account imbalances at sustainable levels, with the IMF providing a progress assessment on global imbalances and exchange rate policies.

U.S. President Barack Obama yesterday commented on the failure of the U.S. and Korea to conclude a revision of their free trade agreement, saying he did not want “a trade agreement for the sake of trade agreement” but one that benefits both American and Korean workers. 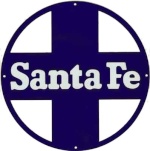 Yesterday at 11:09 pm by Jennifer Eipstein

Yesterday at 10:59 pm by Jennifer Eipstein

Yesterday at 10:51 pm by Jennifer Eipstein

Yesterday at 7:50 am by RoyBoy